Bitcoin is a good investment – Episode 3

Posted on December 27, 2020 By Sharif In Bitcoin With no comments

Investments should create value. They should fund inventions, creations, discoveries or contribute something meaningful to humanity. Bitcoin is an environmental catastrophe, wasting massive amounts of electricity to enable trading computer bits back and forth producing nothing in the process. Bitcoin exchanges are almost exclusively used to speculate on the price of bitcoin. That’s not investing, that’s gambling. Many people can become skilled at gambling and consistently make money, that doesn’t make it investing.

The biggest mistake Bitcoin advocates have made is measuring success using price. Bitcoin will not succeed by settling for being a better, richer, longer lasting Ponzi scheme.

“Data from New York-based blockchain researcher Chainalysis Inc. show that only 1.3% of economic transactions came from merchants in the first four months of 2019, little changed over the boom and bust cycles of the prior two years.” 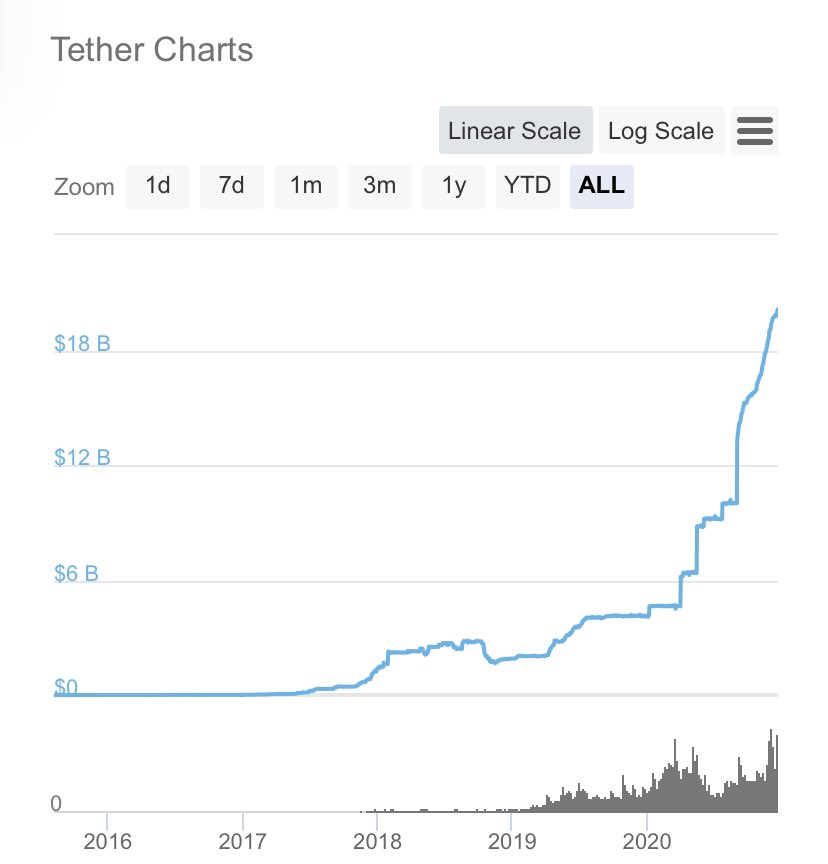 If Bitcoin traders want to be taken seriously, why are they cheering tether pumps? When you have corruption in the ranks and don’t act to root it out, because you secretly enjoy its benefits… you are an accessory. The honest Bitcoin advocates need to stop carrying water for criminals. Bitcoin culture needs a reboot around something other than price.

“Tether Ltd. would then buy Bitcoin with the freshly minted Tether and would promote the creation of a fraudulent bullish market, which would attract more investors to buy Bitcoin, contributing this way to increase the bubble (momentum effect).” Source

Bitcoin is a free market

The price is highly manipulated by “whales” who own a disproportionate number of bitcoins and regularly use schemes that would be illegal on a regulated market to trick unsophisticated speculators into throwing away their hard earned cash.

“Bitcoin’s Gini coefficient is estimated at 0.88 & up, making Bitcoinlandia more unequal than any other human society, including North Korea, which enjoys a comparatively liberal Gini coefficient of 0.86”

Prices have a meaning in a free market. They are a signal. People compare bitcoin to gold or other commodities, but when the price of gold goes up people produce more gold. When the price of bitcoin goes up, you may find more miners in the network but the number of bitcoins that are generated is fixed. So the price signal becomes meaningless. Bitcoin is not intrinsically better at $100,000 than it is at $1 if there is sufficient volume.

Convince me with data. Create value, not numbers. Follow to learn with me about tech and economics. YouTube channel is Pointbite, link below. App: https://t.co/sEQDAShjsL

Is the natural gas shortage in Europe accelerating the adoption of geothermal?

As negative as I’ve been about crypto, I feel uneasy about developers of open source projects getting arrested for how other people use their programs. This feels like something we may regret later.

All the best crypto minds keep coming back to memberships and trading digital stuff. That's it. I'm sorry, but if that's all you got, the ceiling for crypto is very far below revolutionary. Yawn x100. Is there anything else out there I'm missing?

It’s very dangerous to draw conclusions from a limited data set. I see people doing this all the same. One or two examples of something is almost never a trend or enough data to understand what’s going on.

Hot take: Scams are bad and not a good way to acquire wealth even if they work.